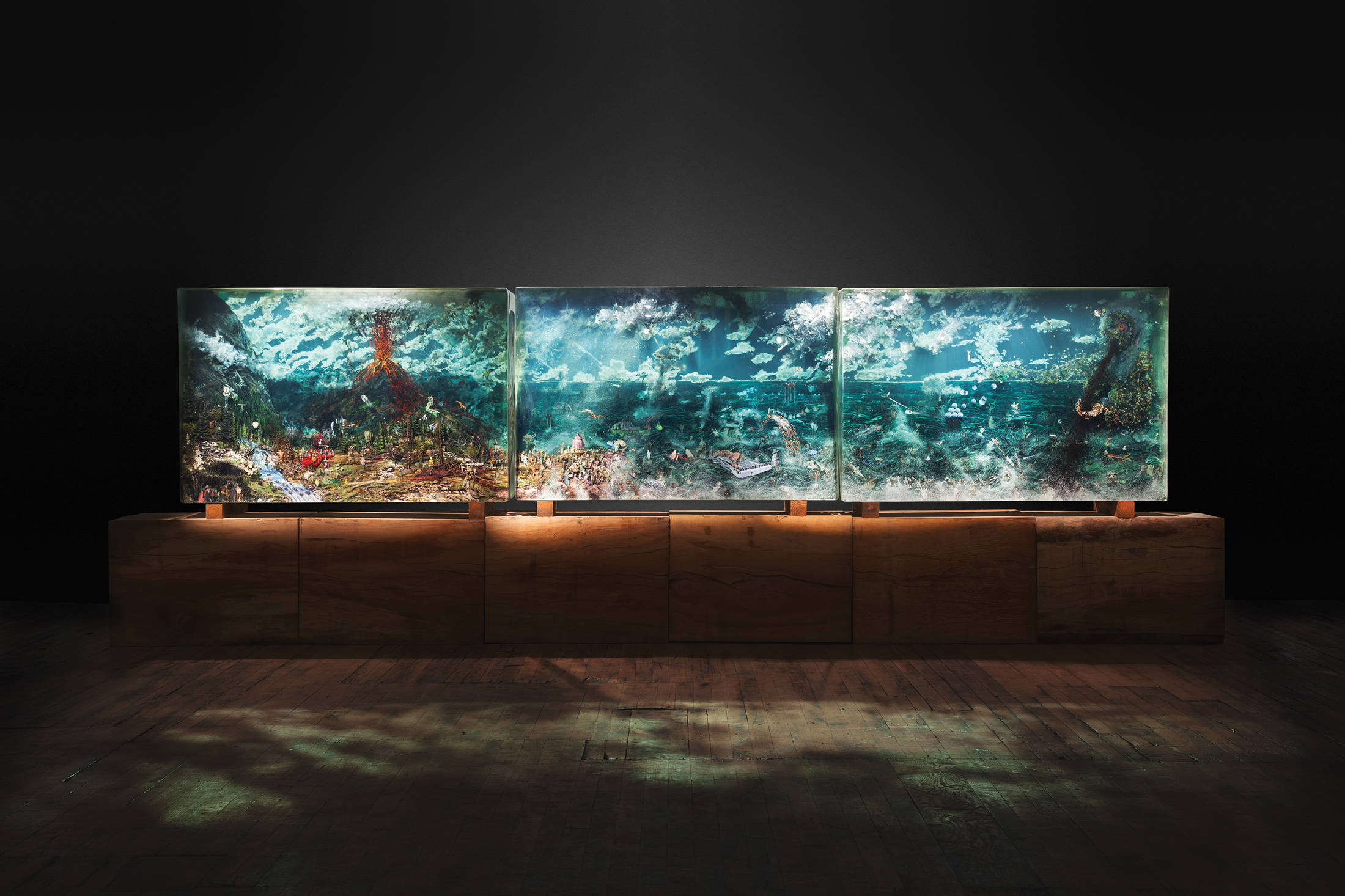 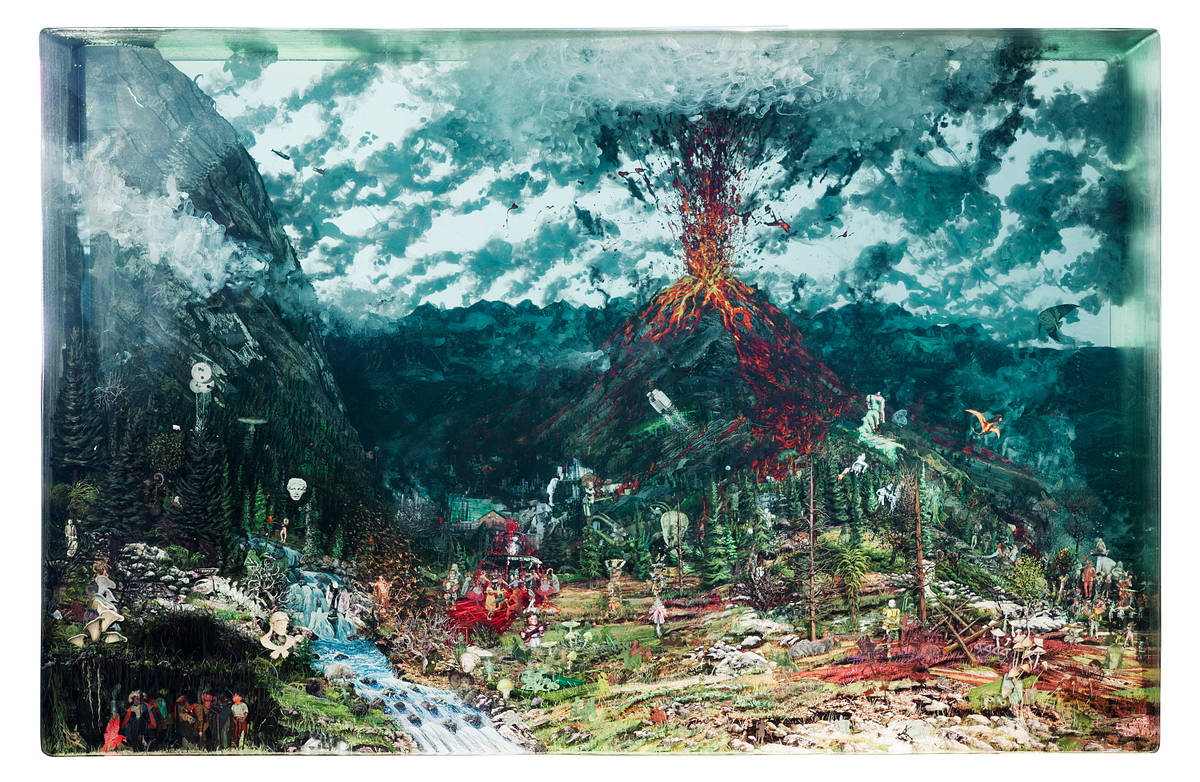 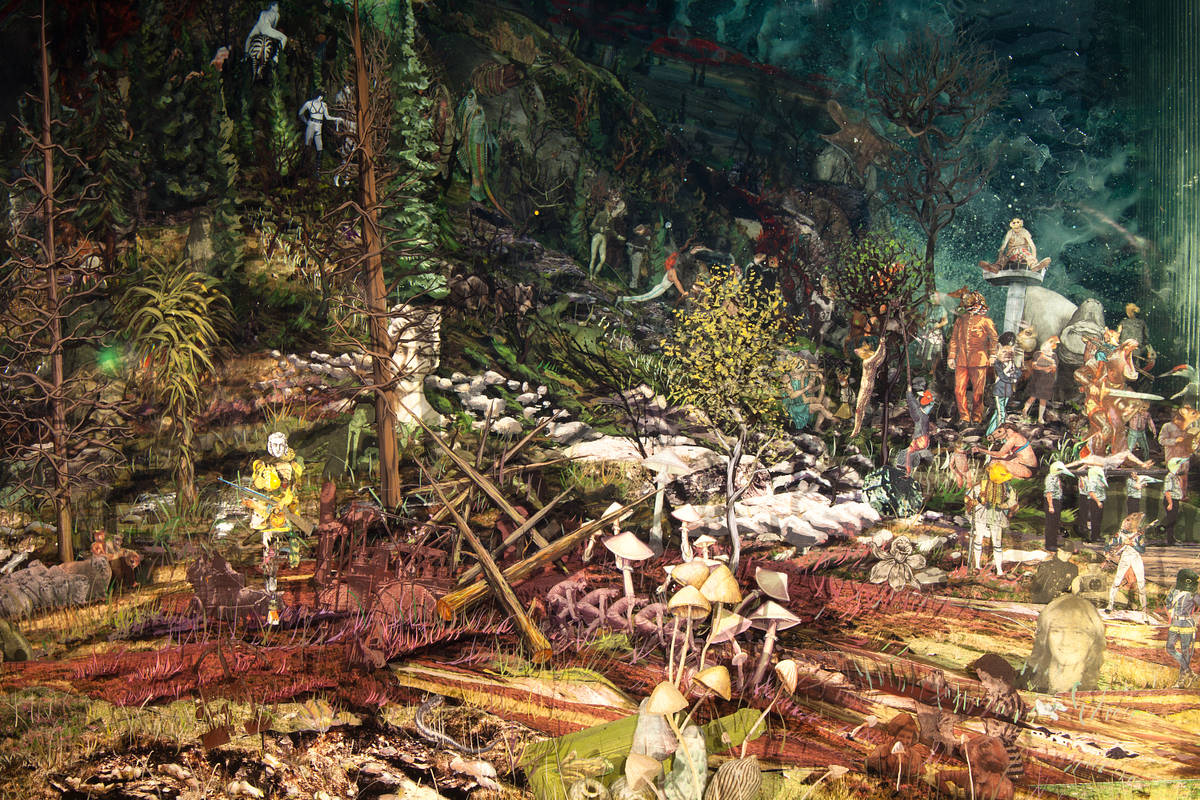 The Triptych, 2012, presents Yellin in his most syncretic mode. Here, the artist borrows the style and narrative of medieval Christian altarpieces; however, he converts these tropes into a unique iconography of his own fancy. As a nod to Hieronymus Bosch’s Garden of Earthly Delights, 1495–1505,—which is inscribed with Psalm 33, “For he spake and it was done; he commanded, and it stood fast"—the work considers nothing less than the creation of the world.

Eschewing codified Christian symbolism for folkloric forms, the wings of the work present a play of sympathetic magic. On the left, a prehistoric stratovolcano erupts over a wild woodlands and implies, perhaps, how lava is both destructive and fertile. A corresponding gigantic pyramidal torso, crowned by a head that is at once both owlish and sorcerer-like, rises from a sea and dominates the right wing. Strewn between these pendants, the first naturalistic, the second fetishistic, lies the ocean, or the birthplace of all life on Earth. Various civilizations populate the composition, and thus link together a new trinity: humankind, nature, and myth. 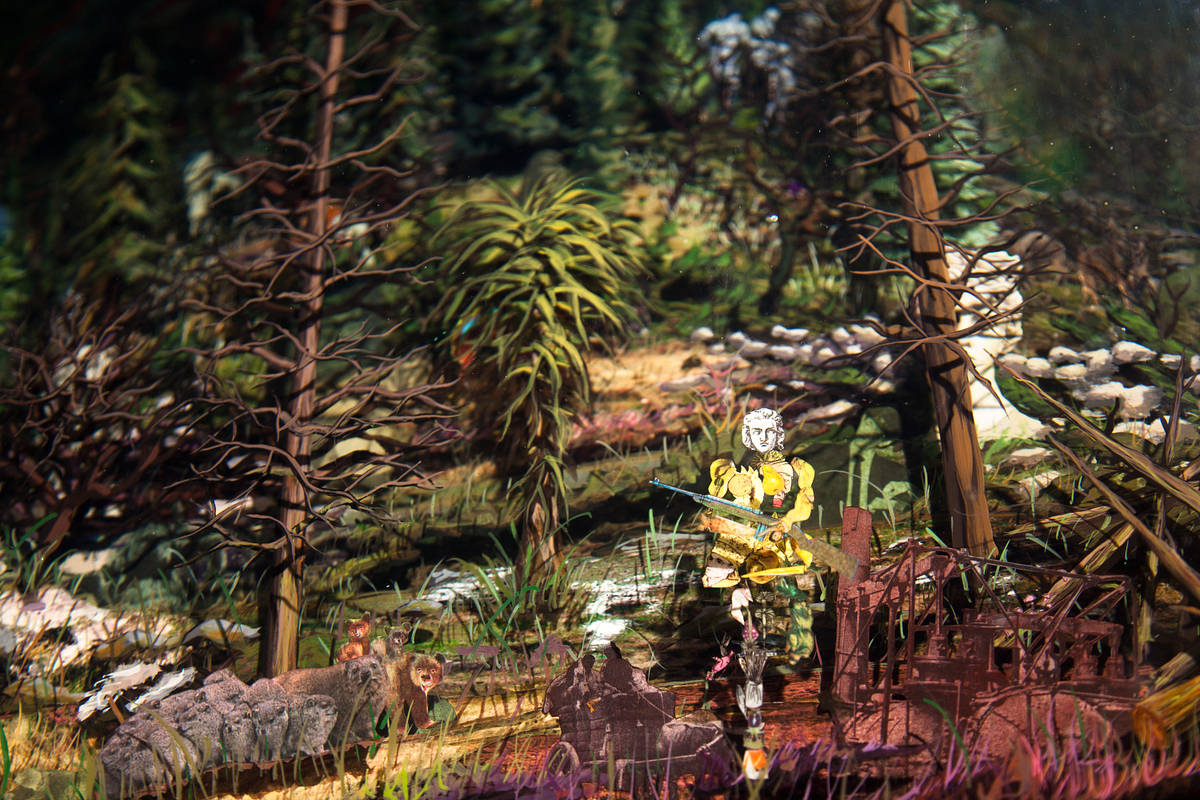 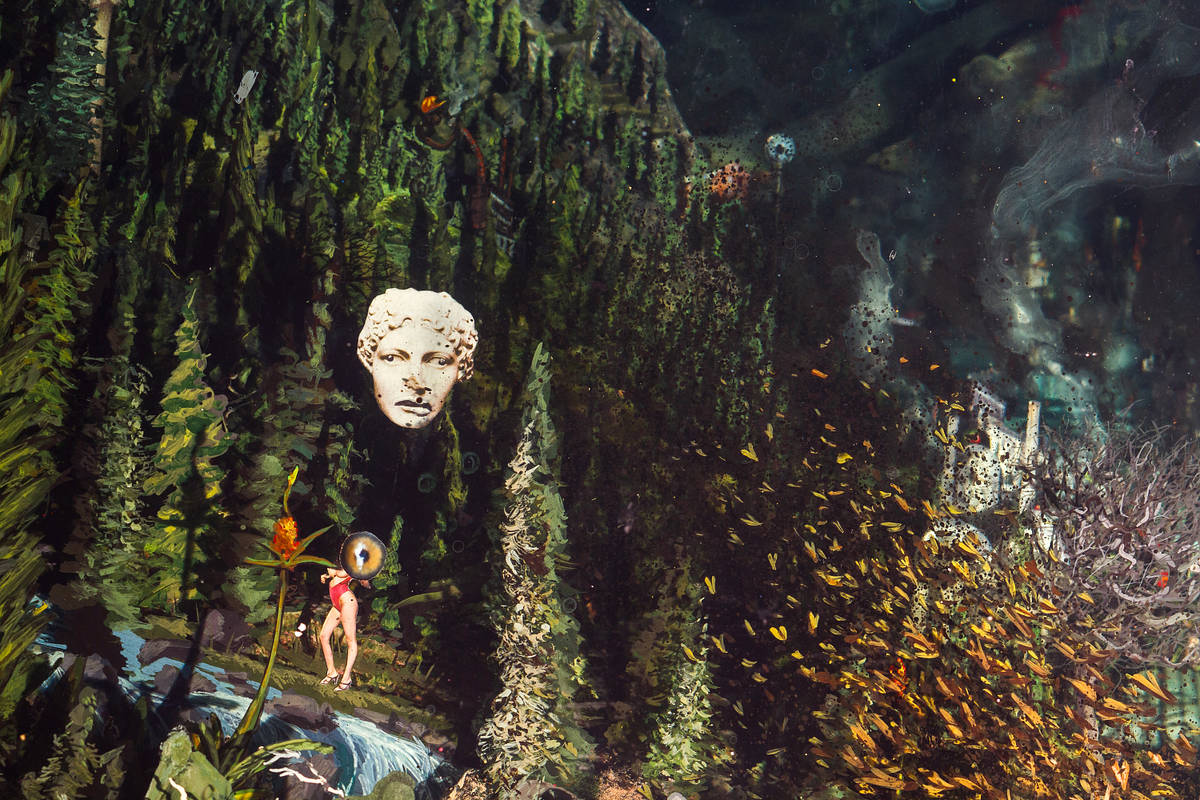 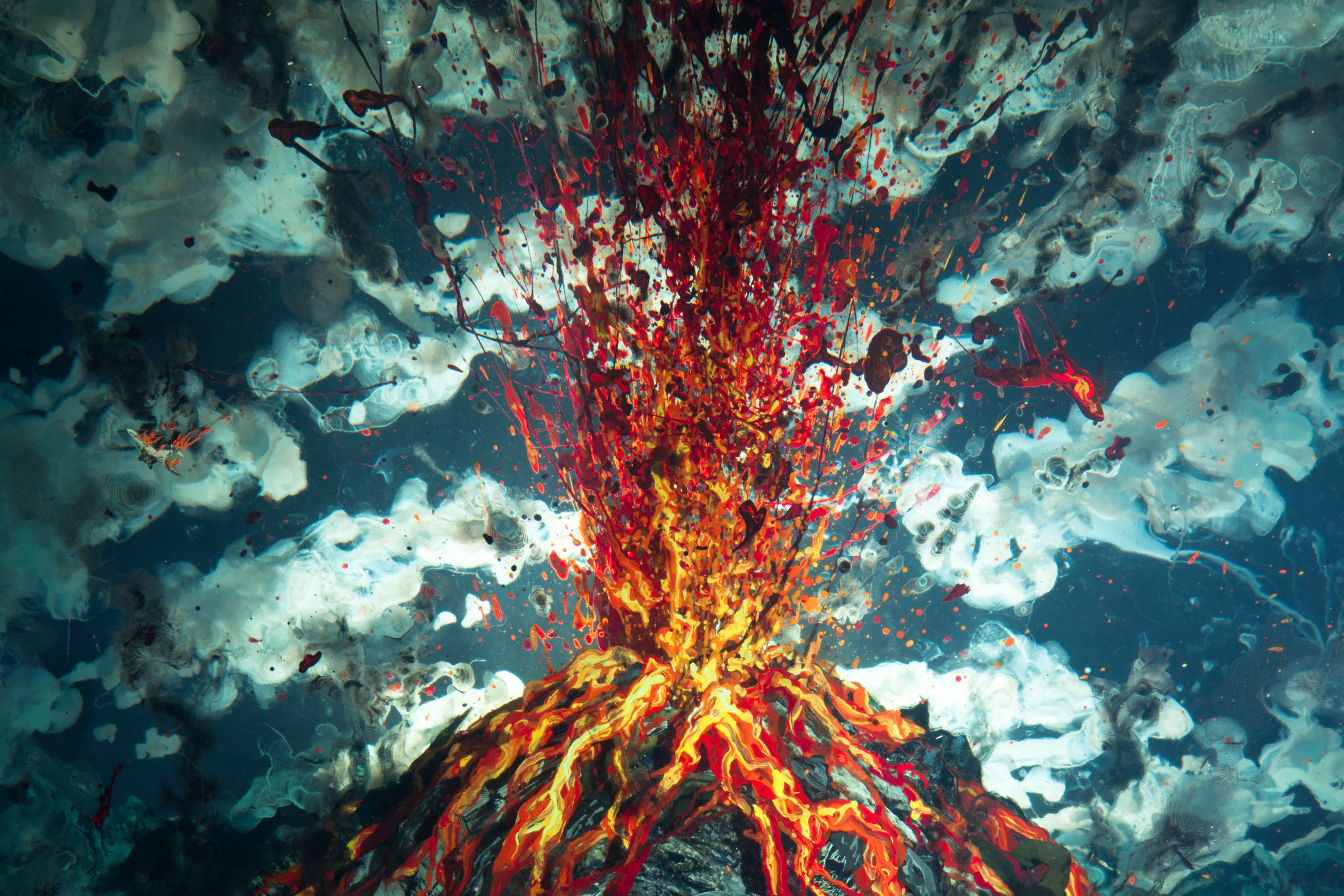 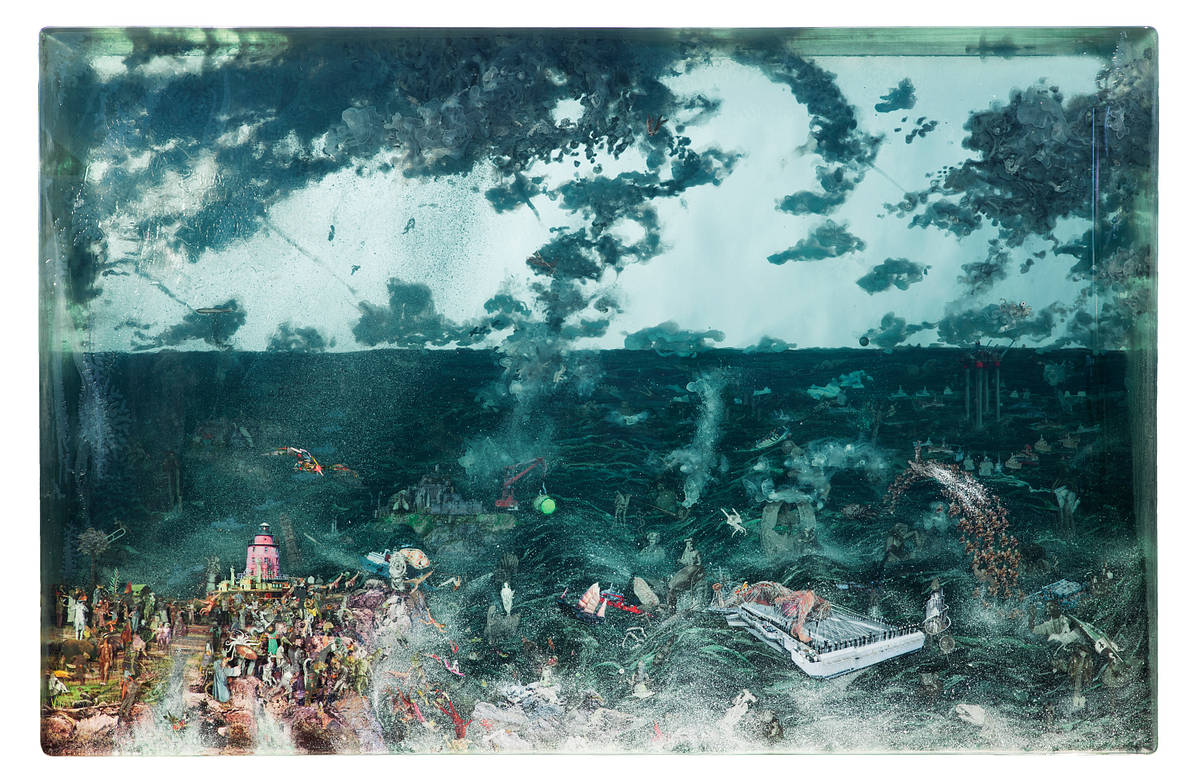 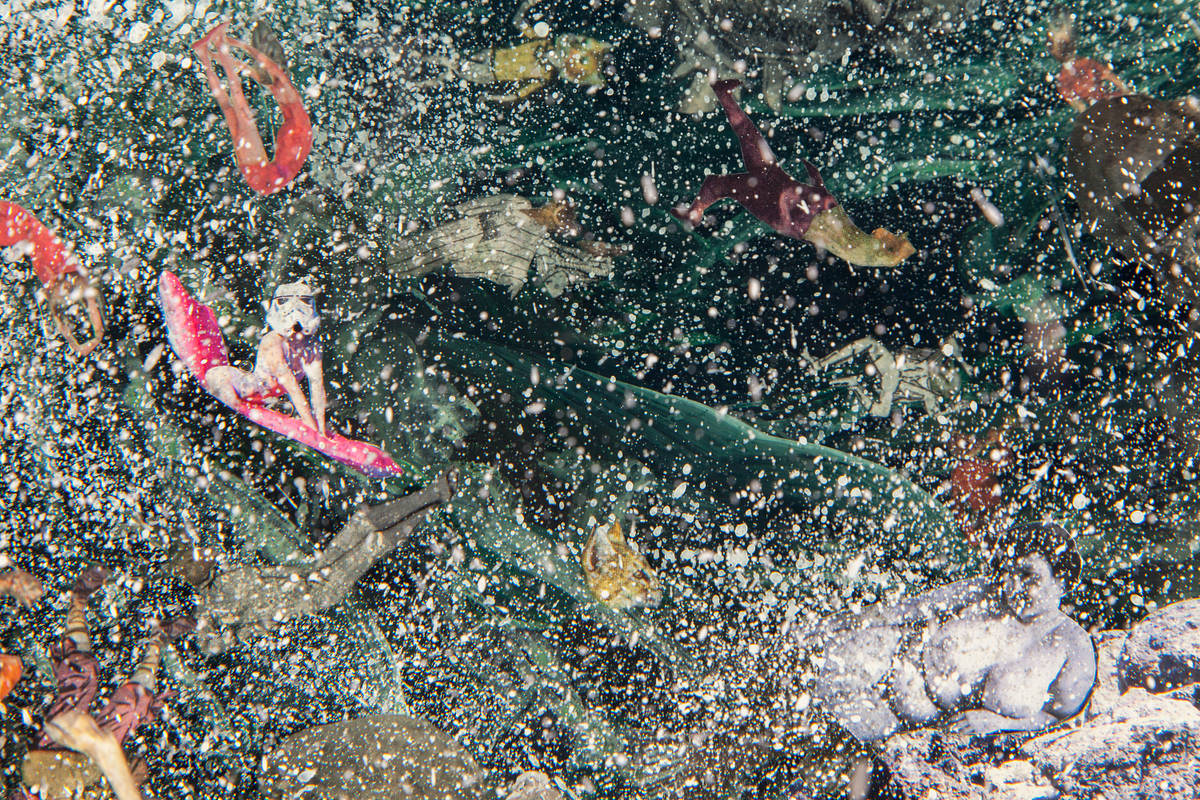 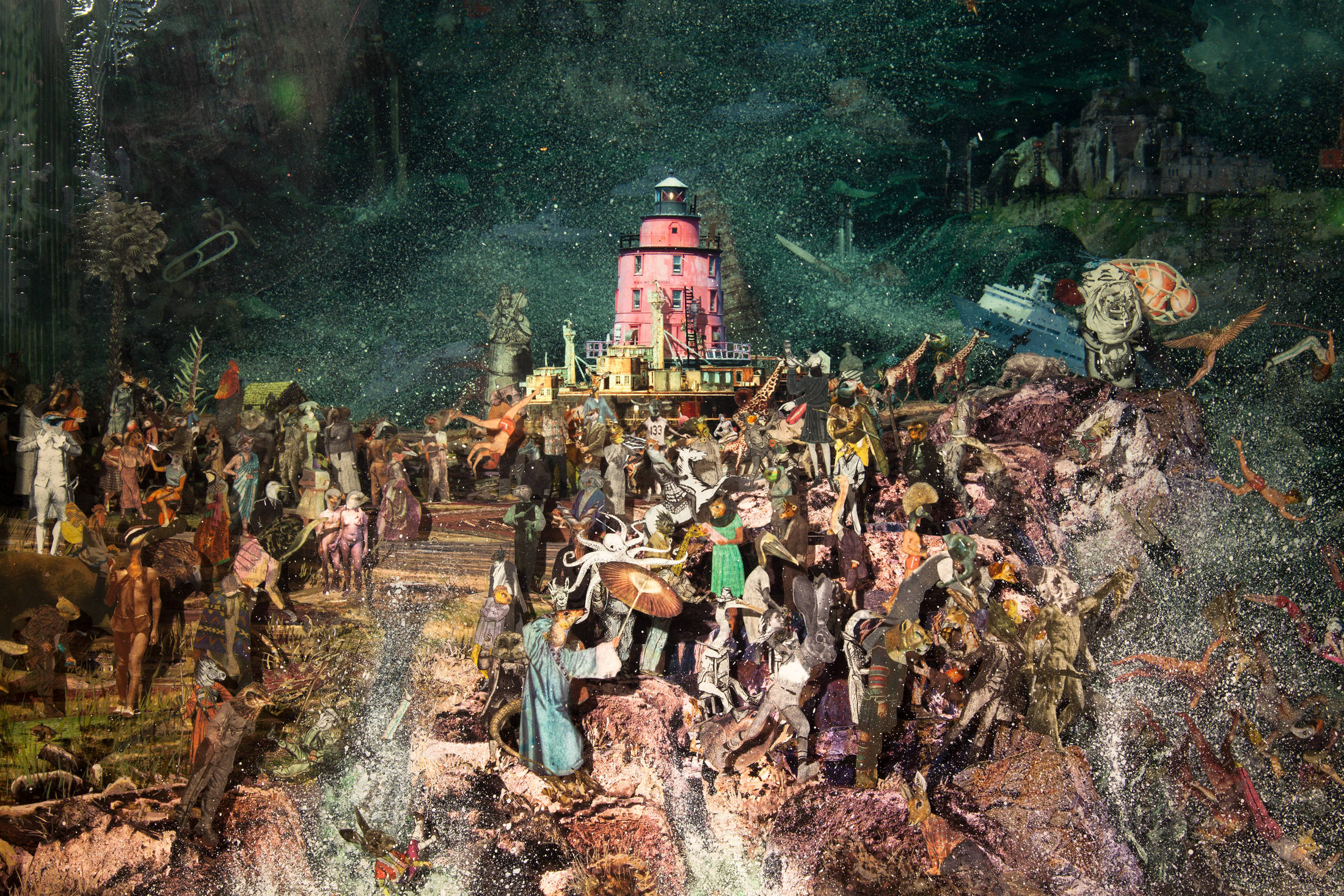 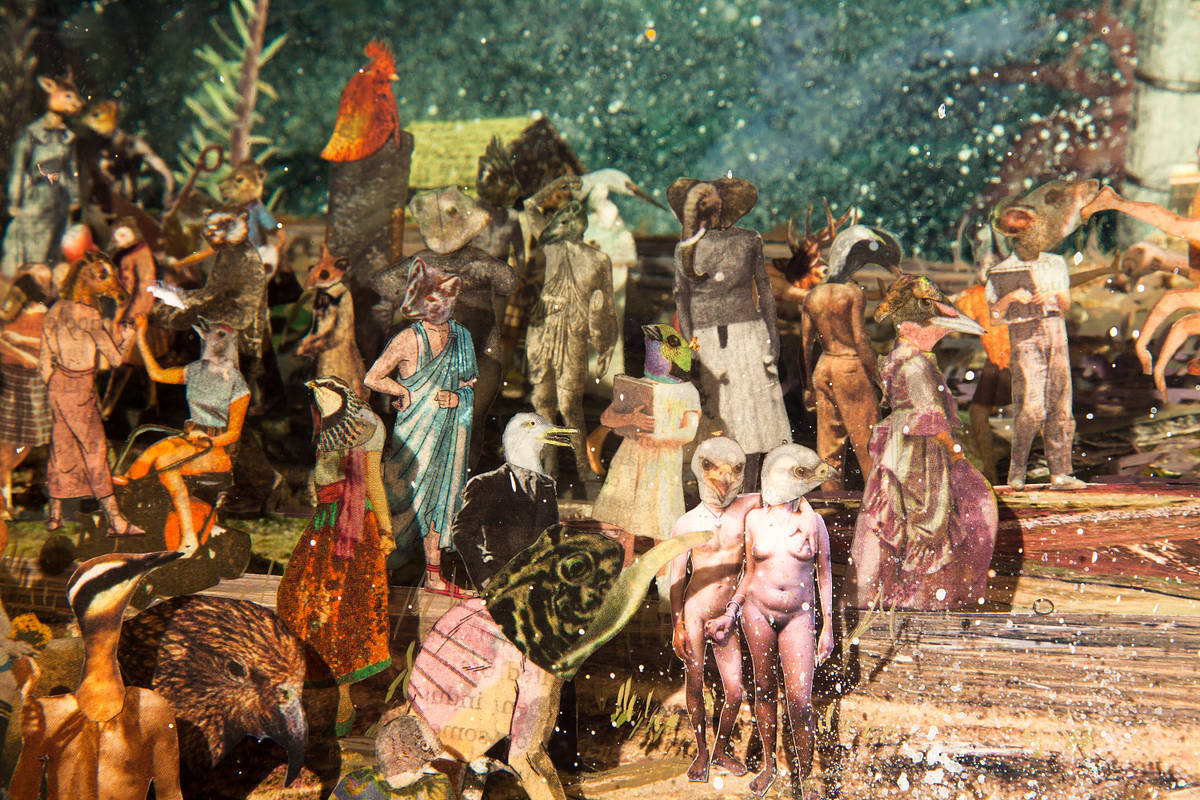 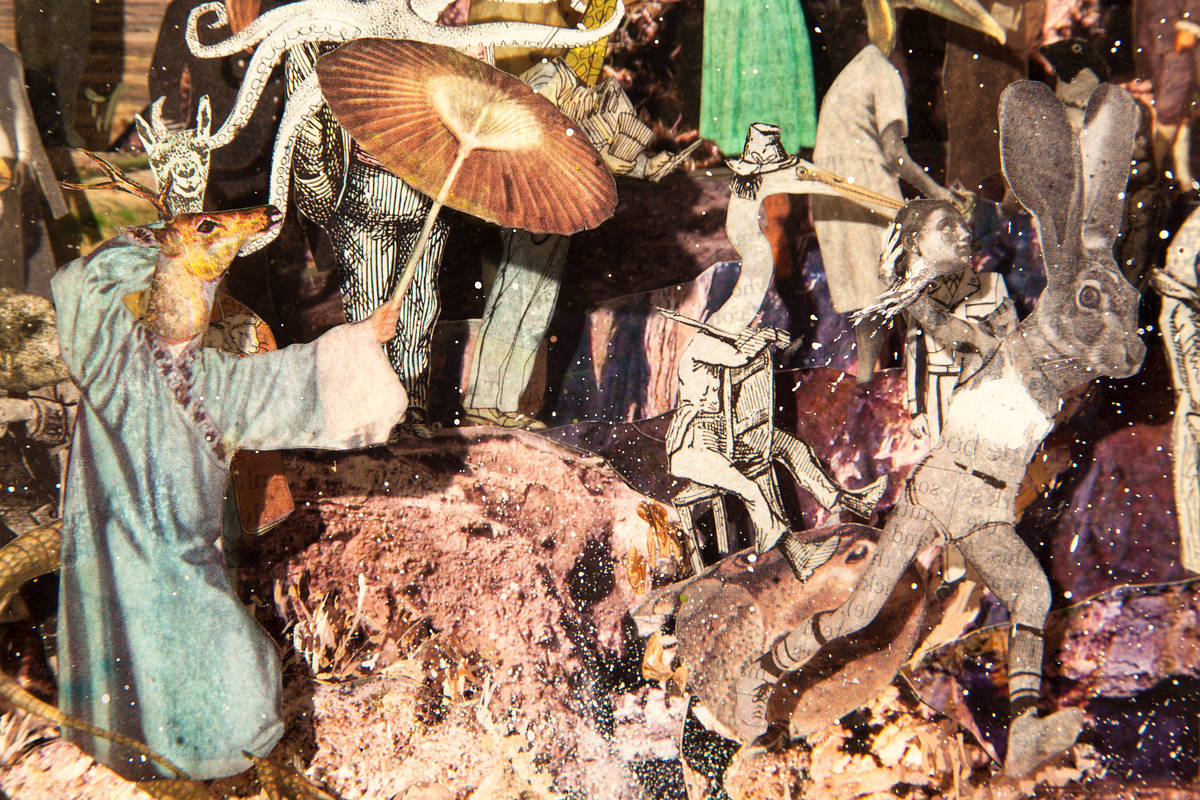 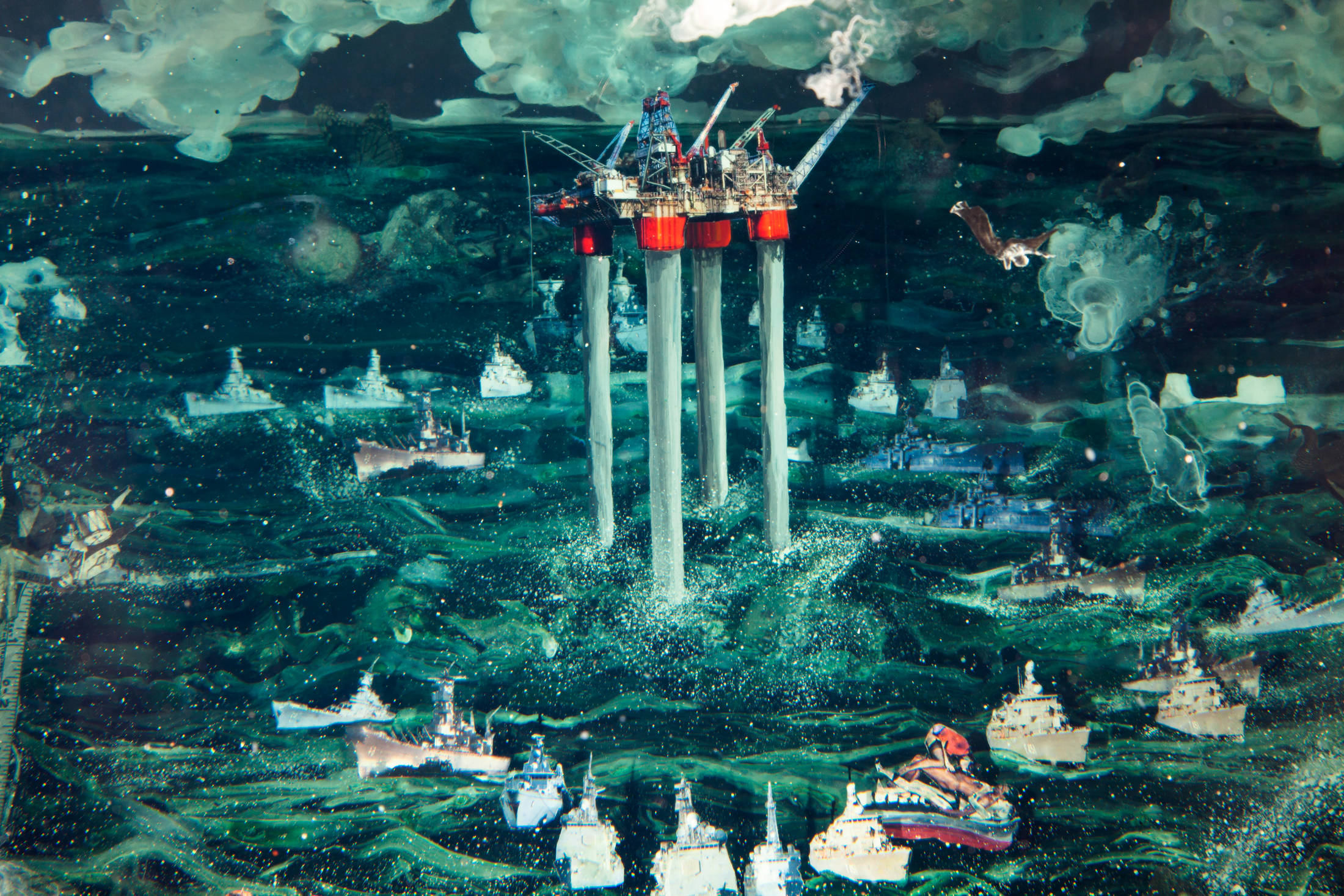 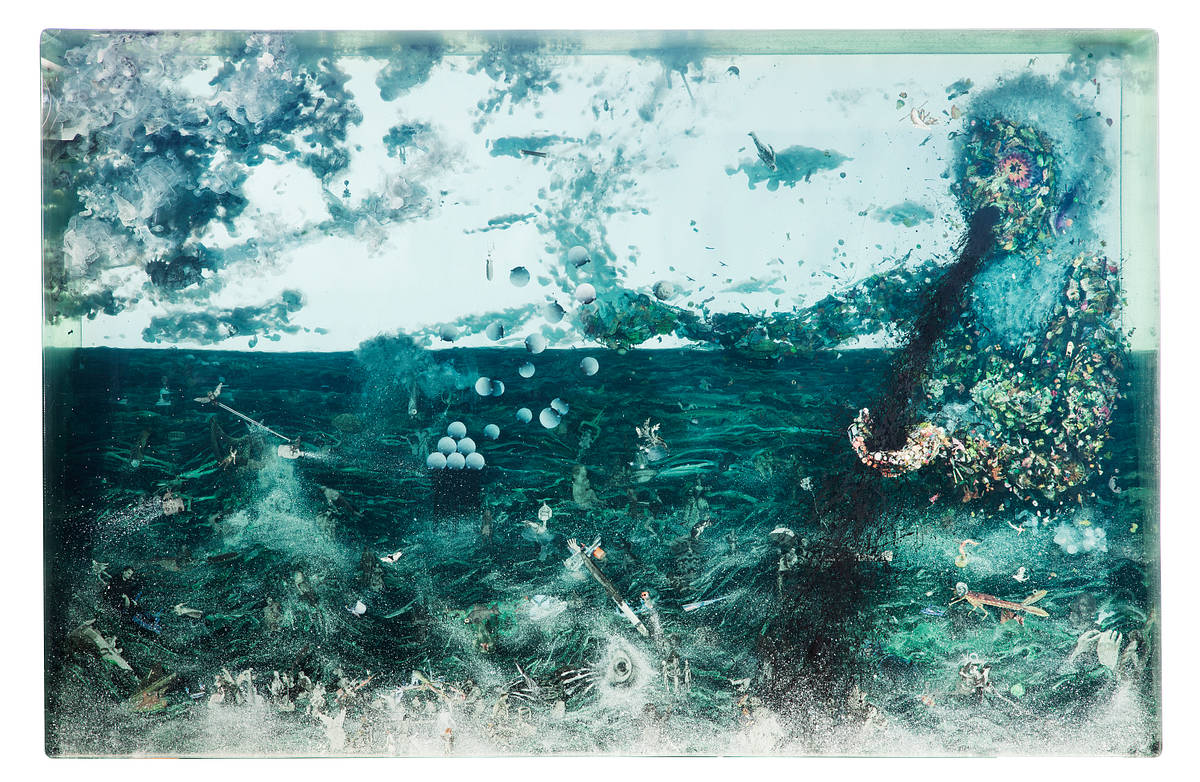 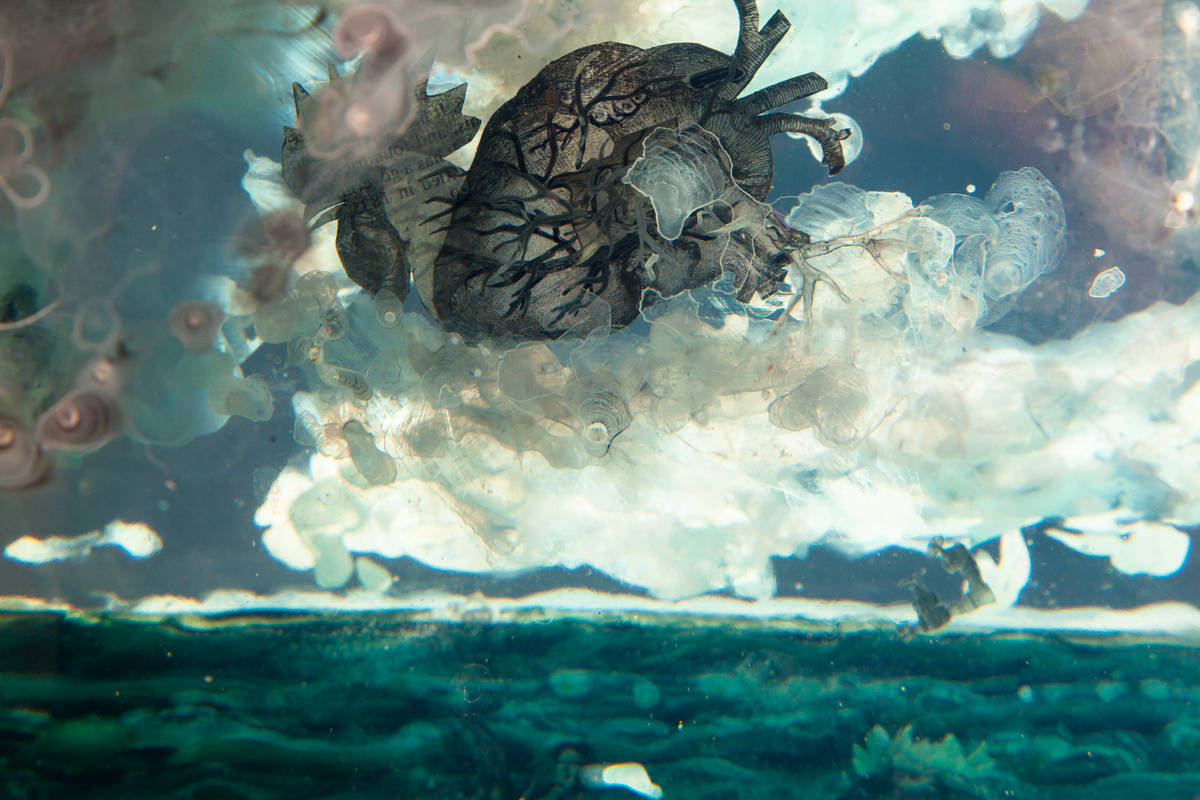 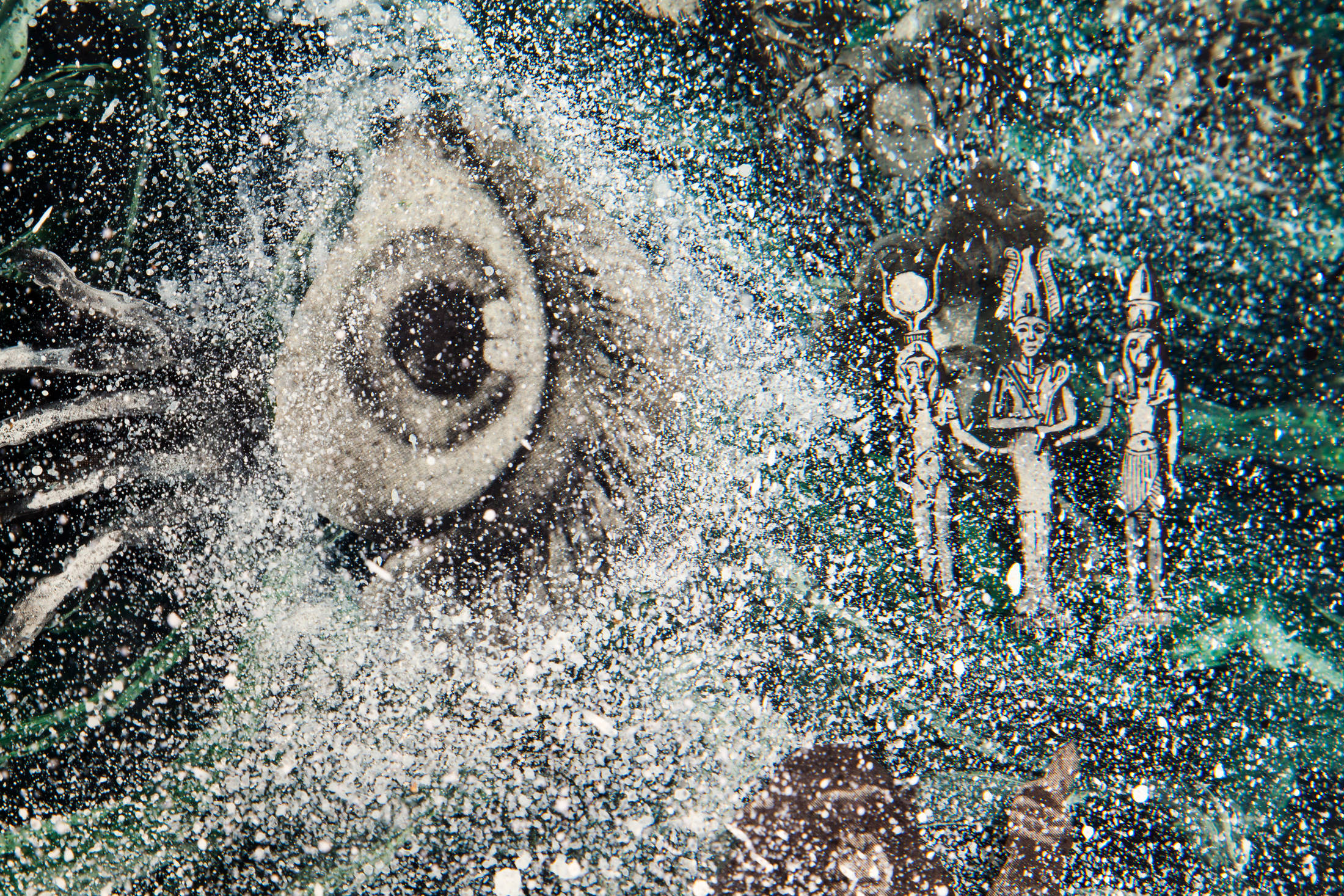 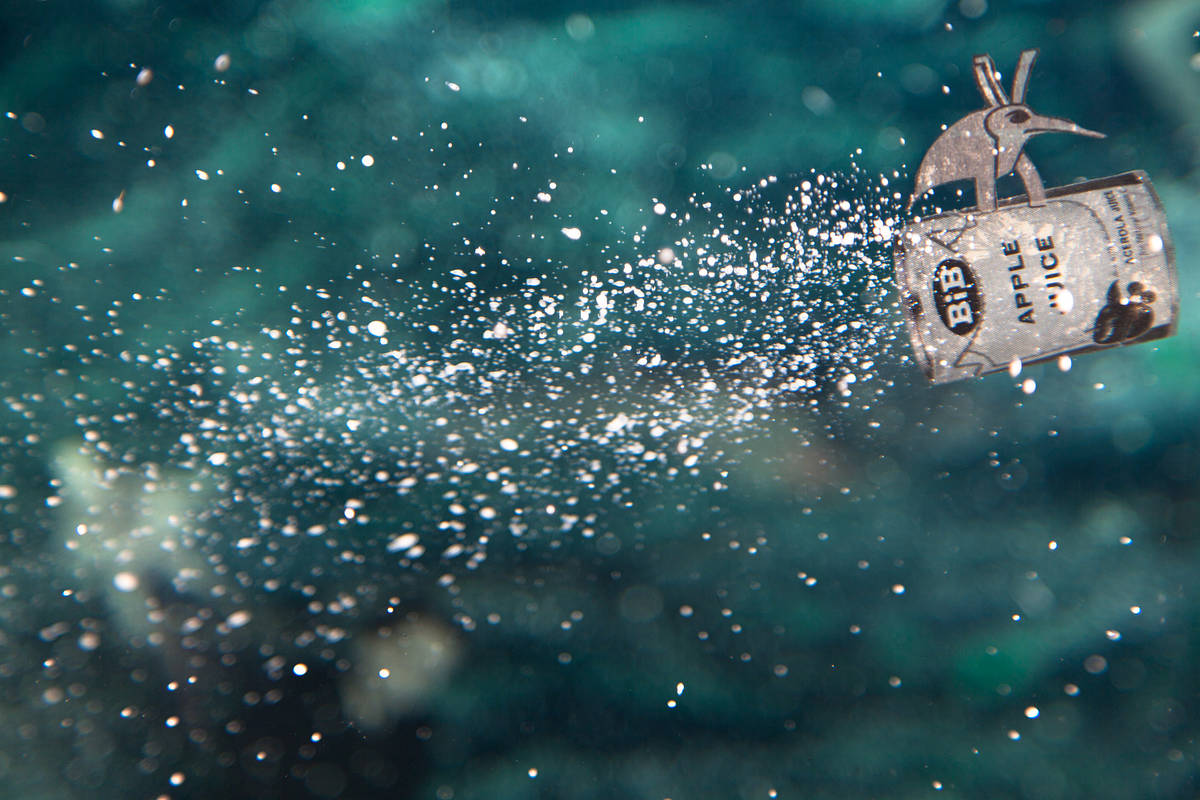 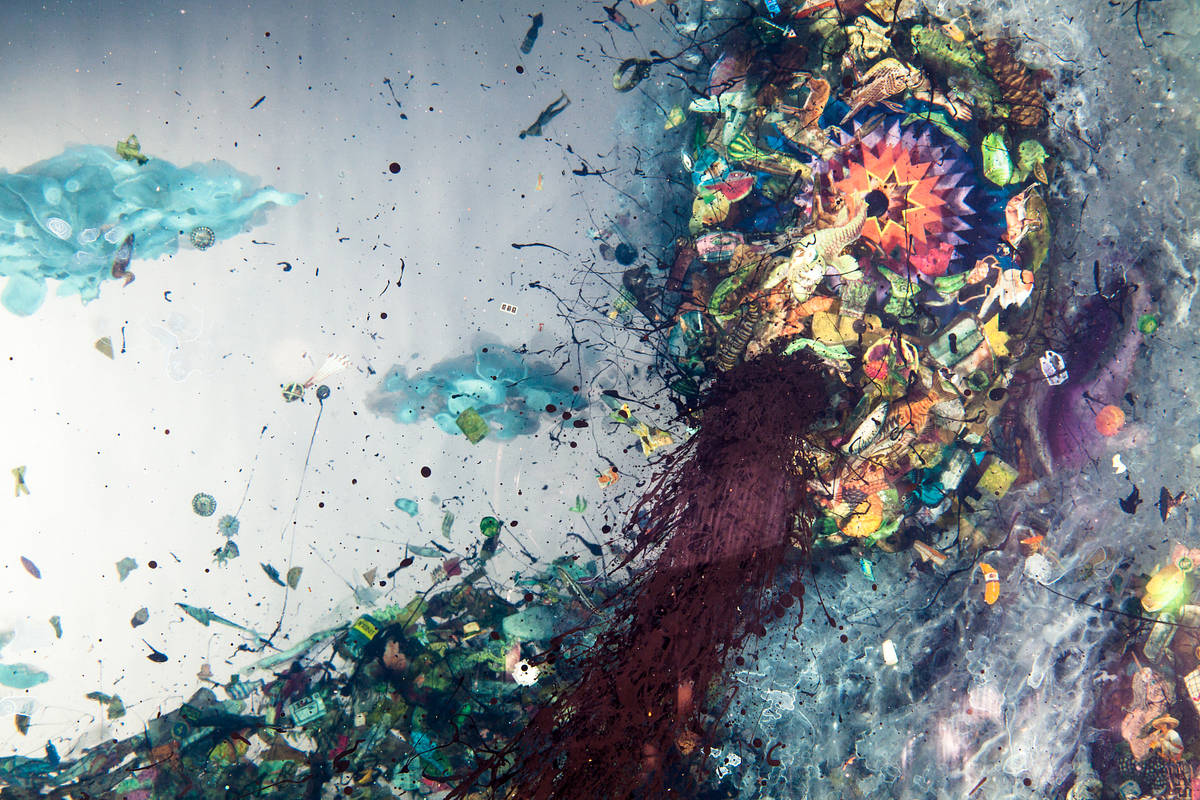